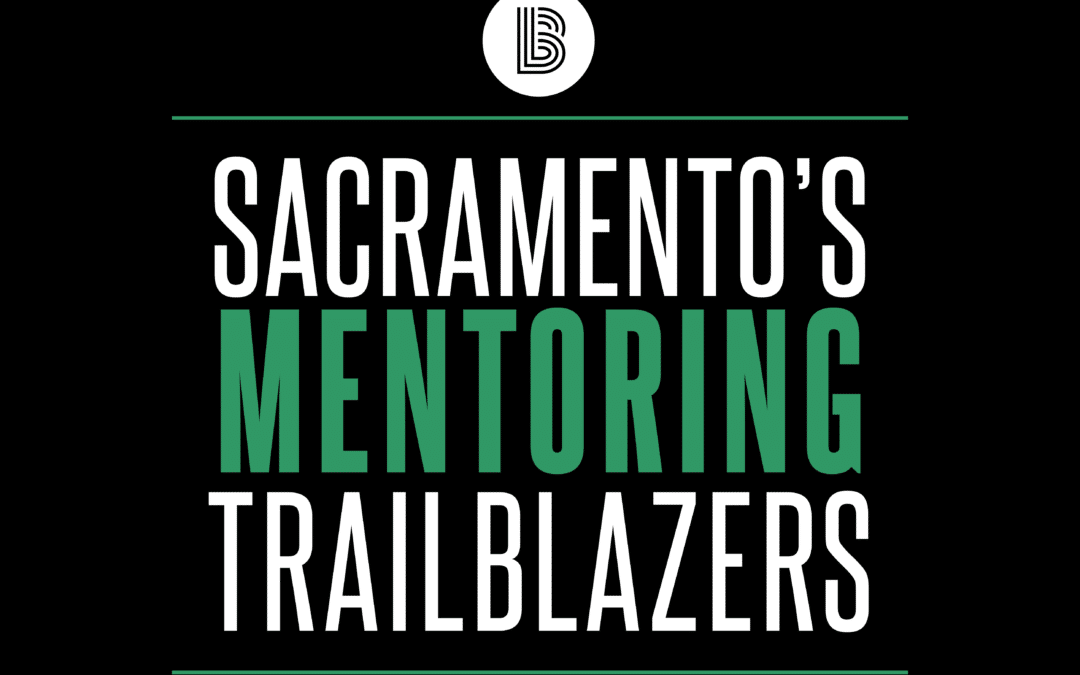 It’s officially Black History Month and Big Brothers Big Sisters of the Greater Sacramento couldn’t be more excited to share the many accomplishments of African-Americans towards American history. All month long, we will be socially sharing important people and events in the history of the African diaspora.

In addition to celebrating the rich history of African American culture, it’s important for us to put a spotlight on those who are making mentorship history right here within our local agency. We’re highlighting five inspiring Big Brothers and Sisters who are walking their talk and putting in the work while making mentoring history. Join us as we explore their trailblazing paths towards mentorship excellence! 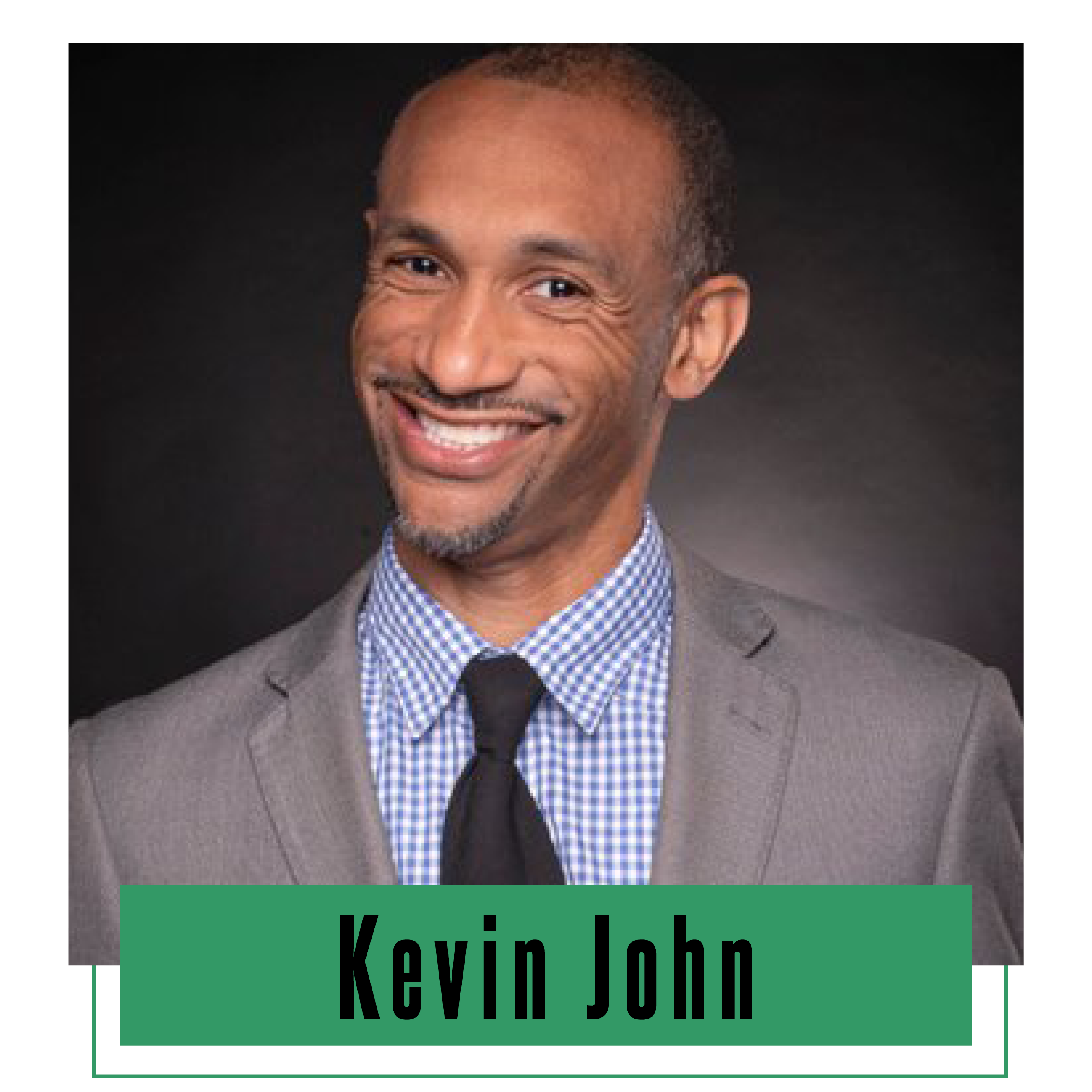 His Black History Month inspirations are Madam CJ Walker and Fredrick Douglas, as they broke the mold as a self-made millionaire and an educator, respectively.

When Kevin isn’t serving as a T.V. personality and journalist, he’s being a Big Brother to his Little Brother, Braylin. They both have a strong connection and Braylin’s family has seen such growth in his behavior since being matched with Kevin. Their match has provided Kevin with the realization that mentorship has the power to change lives, as mentors have an uncanny ability to foster youth.

Kevin truly believes that we’re wasting our time on this earth if we’re not trying to help others or make things better in the world. “It is our duty and our purpose as human beings to  be a blessing to others,” reveals Kevin. We’re elated to have such a dedicated and dynamic individual serving as a volunteer mentor.

Growing up in Compton, CA, Debrielle Browder admits she didn’t have many positive experiences with law enforcement. However, while studying at Grambling University her mentors just so happened to be police officers, which forever changed her perspective about law enforcement and she felt like she wanted to change this perception for others in her community.

Today, in her role as a police officer, she does everything that she can to keep her hands in community outreach, and her time as a volunteer mentor for Big Brothers Big Sisters is another marker for her commitment to this goal. In honor of Black History Month, Debrielle wants to truly impact the Sacramento community and inspire children that look like her to reach for the stars and create a new narrative for youth to see the positive side of law enforcement. 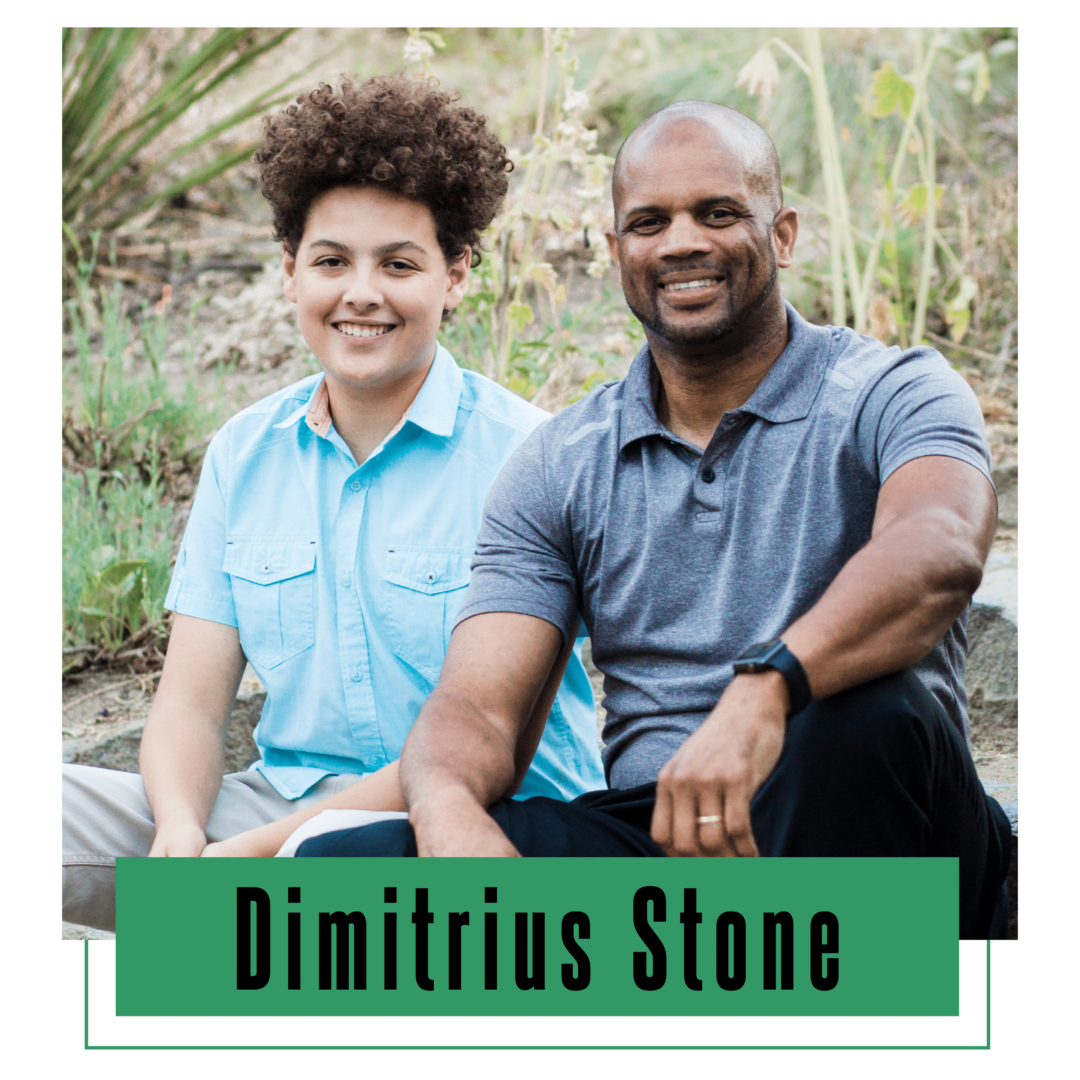 Dimitrius is celebrating our nations leaders this Black History month, citing the Obama’s and the nations Black Mayors and Governors as those who inspire him most.

As an exemplified community leader, Dimitrius cites our nation’s leaders, like the Obama’s and our Black mayors and governors as the pioneers that have had the biggest impact on his upbringing. Dimitrius is clear on the direct tie between the need of mentorship and it’s impact on black history. “If we all sit and wait for someone else to do the work and take the lead to mentor. Nothing will get done if we are all waiting on someone else to answer,” states Dimitrius.

His commitment to his community is also reflected in his professional life, as he traded in his career in the corporate world to work in family services and youth development as a Program Director. We’re excited to watch Hyland and Dimitrius’s relationship continue to grow, especially as Hyland prepares to graduate next year!

Cryena has been powering through balancing her career as a high profile Attorney with CalRecycle and creating the next generation of leaders, serving the Big Brothers Big Sisters as a volunteer mentor. She admits that while reflecting on the essence of Black History Month, mentorship is at the heart of it. As we look at the accomplishments of important icons in Black history, these stories allows young people to know, with certainty, that anyone can make their mark on the world, starting with themselves.

In Cyrena’s role as Big Sister, she’s happy her mentoring relationship has afforded her Little Sister, Jerray, the opportunity to think about her life in new and exciting ways, full of opportunity. She wants Jerray to not depend on anyone else as she navigates adulthood and have the ability to live her best life. We’re so happy that Cyrena is committed to paying it forward and empowering today’s youth to understand that they, too, can achieve all things! 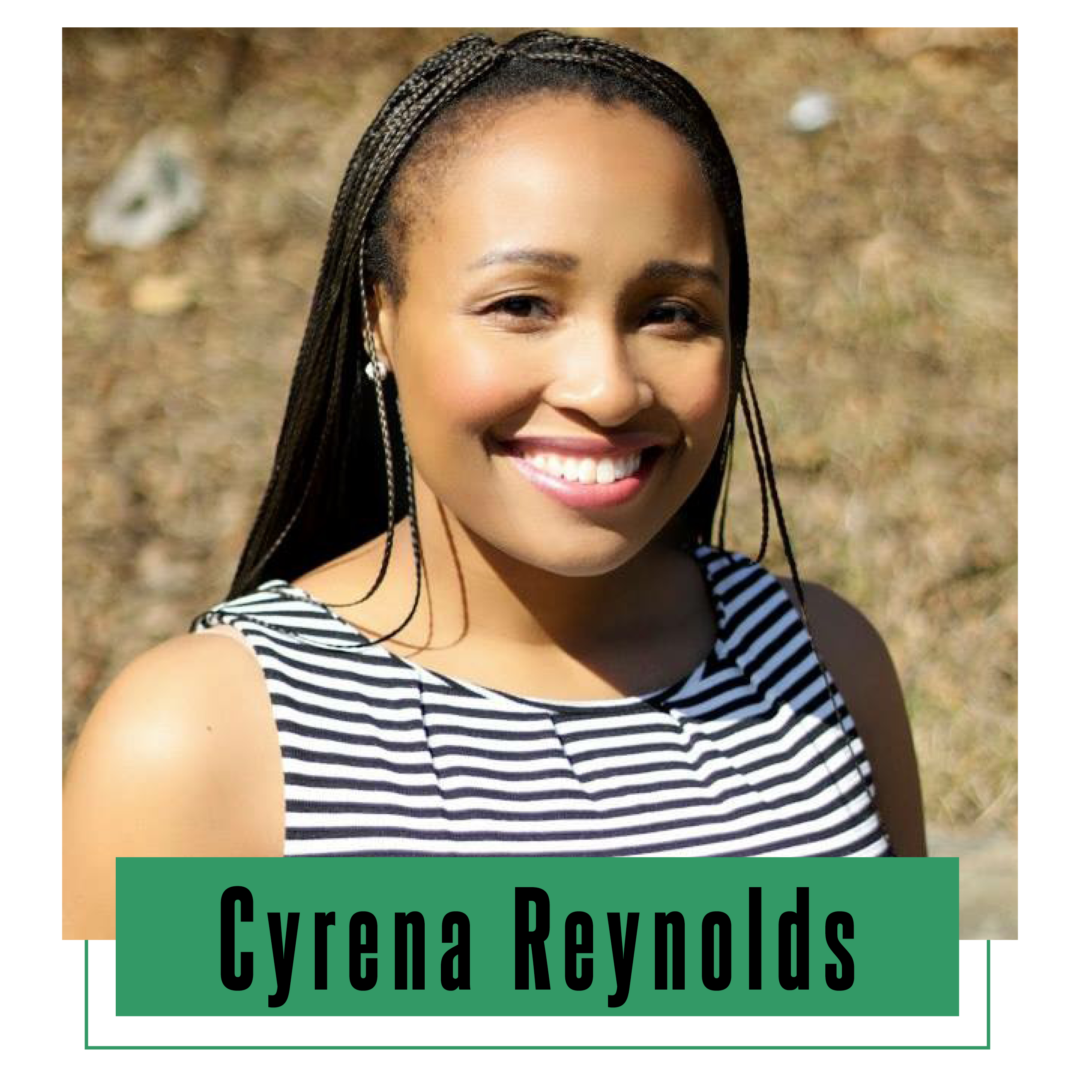 Cyren admits the Black History greats that have shaped her life were Thurgood Marshall and his mentor, Charles Hamilton Houston, and the motivation for her attending Howard University to become a lawyer. 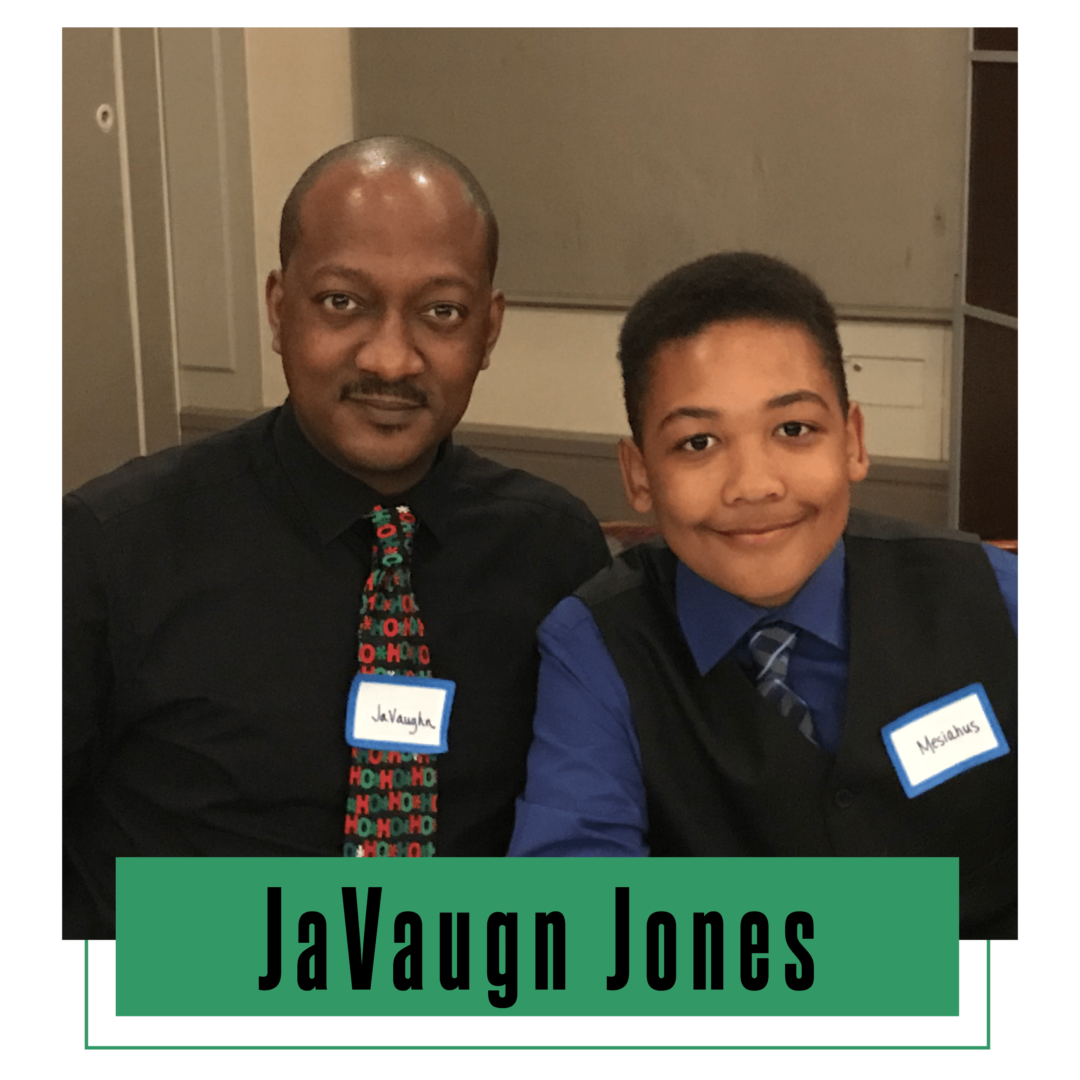 Big Brother, JaVaugn, want’s to show his Little Brother, Mesiahus, that being a professional, hard-working, and responsible African American male, is within his reach. With each encounter with his Little Brother, he hopes his own example, alongside the seeds he’s been planting within their mentoring relationship, will empower Mesiahus to keep going and continue to work hard in life. “You should always give back. I wouldn’t be the man I am today without those in my community that guided me when I was growing up, so I’m paying it forward,” says JaVaugn.

JaVaugn’s biggest epiphany while mentoring as a Big Brother is digesting the reality that the growth from a mentoring relationship goes both ways. He admits how much he as an individual has grown since being paired with his Little Brother, Mesiahus. We’re on the edge of our seat with excitement as we watch Mesiahus and JaVaugn’s relationship continue to flourish!

We’re so grateful for all of the Big Brothers and Sisters that work hard to drive the BBBS mission. Without their hard work and dedication, mentorship wouldn’t have the same meaning in the Sacramento community. We look forward to watching all our matches continue to bloom!

Currently, we’re experiencing a shortage of African American volunteer mentors to serve the youth in our mentoring program. If you or someone you know are interested in becoming a Big Brother or Big Sister, please learn more about becoming a volunteer mentor and contact us today!